On November 28th, we hosted an educational event at Traditions Café in Olympia, Washington.  A panel discussion and Q&A talked about what recently happened in Gaza, and what we may expect in the future.  Below is the live video from that event: 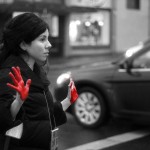 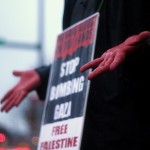 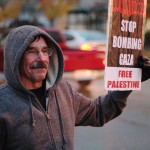 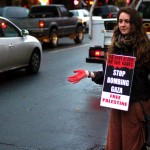 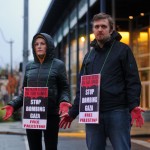 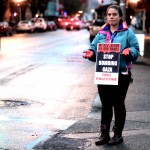 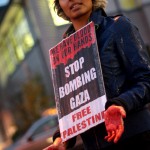 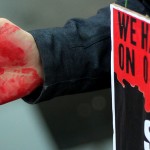 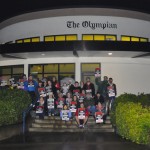 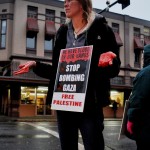 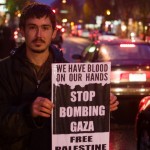 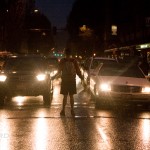 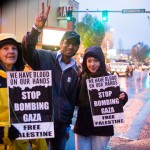 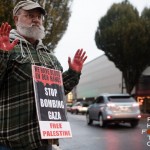 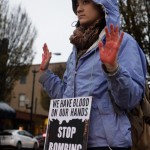 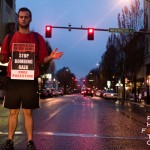 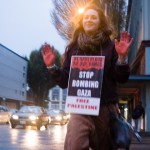 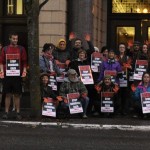 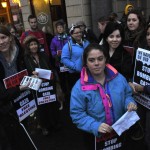 The Rachel Corrie Foundation for Peace and Justice (RCF) is deeply saddened by Israel’s “Pillar of Defense” attacks on Gaza. We are calling for an immediate cessation of the air strikes and naval bombardment into Gaza and an end to the ongoing siege of Gaza. We also call for cessation of the rocket attacks from Gaza aimed into communities in Israel, which only derail efforts towards a ceasefire and peace to the area.

We oppose all acts of violence and urge President Obama to take a stand against these attacks and to use the power of the United States to insist that Israel as well as the de facto government of Gaza pursue all diplomatic measures possible for the sake of life, safety and security on all sides.

After a very recent visit to Gaza, Craig Corrie stated, “We have just returned to Washington DC from five days in Gaza (November 5-11) and from time in Israel where we visited a kibbutz near the Gaza border threatened with rocket fire. We are appalled by the decision of the Israeli Government (apparently supported by the U.S.) to ignore the truce that was developing. This decision unleashes more violence on those who year after year continue to suffer under the illegal siege in Gaza, and further threatens the safety and well-being of the Israeli people, as well.”

How you can help:

Join us in Olympia!
Join us at 3:30 PM today, Friday, November 16th, as we protest and march in downtown Olympia. Meet us at the corner of 4th Ave and Washington at 3:30 to collect posters and dip your hands in red paint to signify the blood we have on our hands due to our U.S tax dollars that support the Israeli military. Shortly thereafter, we will march down 4th Ave towards The Olympian to express concern about the newspaper’s coverage of the recent events in Gaza and Israel.

Contact the U.S. Department of State, White House, Senate offices, and Israeli Embassy.
Call or write the White House. Tell our U.S. officials that Americans do not support this violence against the people of Gaza, and that we do not support the support our country gives to the Israeli military for these purposes.

Thank you for all you do.

With prayers for peace with justice and an immediate cessation of violence in Palestine and Israel,
The Staff and Board of Directors
Rachel Corrie Foundation for Peace and Justice
Olympia, Washington

By The ORSMP Steering Committee

The Olympia Rafah Solidarity Mural Project (ORSMP) is a creative endeavor of The Rachel Corrie Foundation and Break the Silence Mural Project. The mural tells the tale of two cities linked by tragedy—Olympia, WA and Rafah, Palestine—and is expected to be the largest public art project highlighting the experiences of the Palestinian people under Israeli occupation. The ultimate goal of the ORSMP is to use art, culture and technology in innovative ways to increase the strength and visibility of movements for social justice in Palestine, Israel, the U.S., and throughout the world.

Located on the north side of the Labor Temple building, on the corner of State St. and Capitol Blvd. in downtown Olympia, this 4,000 square foot mural featuring a huge, interactive olive tree, is the collective effort of hundreds of people. Beautiful and creative tree leaves were designed by local, national and international activists, artists, and social justice organizations.

ORSMP has successfully challenged physical boundaries; people unable to travel to Olympia sent digital images which were printed and included on the wall. Distances are again mitigated by the mural’s audio component whereby viewers can use a cell phone to call and hear the message of each leaf and the history, mission, and goals of each participating artist or organization. Some have included poetry, prose and/or music to express their ideas and feelings. Conceived in 2008 by Susan Greene in collaboration with San Francisco’s Freedom Archives, and created by program designer Sam Stoller, this audio/visual component is also available on the mural’s web site.

With each completed phase of the project, the mural more fully illuminates and strengthens the shared quest for justice and equality across continents, cultures and causes.

The Mural Speaks was the finale to “The People’s Assembly: Collaboration, Networking and Solidarity” – a gathering of Olympia’s grassroots organizers to discuss the US Social Forum and strategies for moving the struggle for social justice forward.

ORSMP began in 2007 with a small group of volunteers working through the Rachel Corrie Foundation. Since then, many dedicated community members have contributed to the mural’s success which would not have been possible without their tireless efforts.

To volunteer with the Olympia Rafah Solidarity Mural Project or for more information, please email
susangreene [at] mindspring.com.

To listen to the mural audio component, call 360-252-9779.
A map of extension numbers is available on the website www.olympiarafahmural.org, at the mural, and in local businesses.

For more information on The People’s Assembly, please visit www.omjp.net.