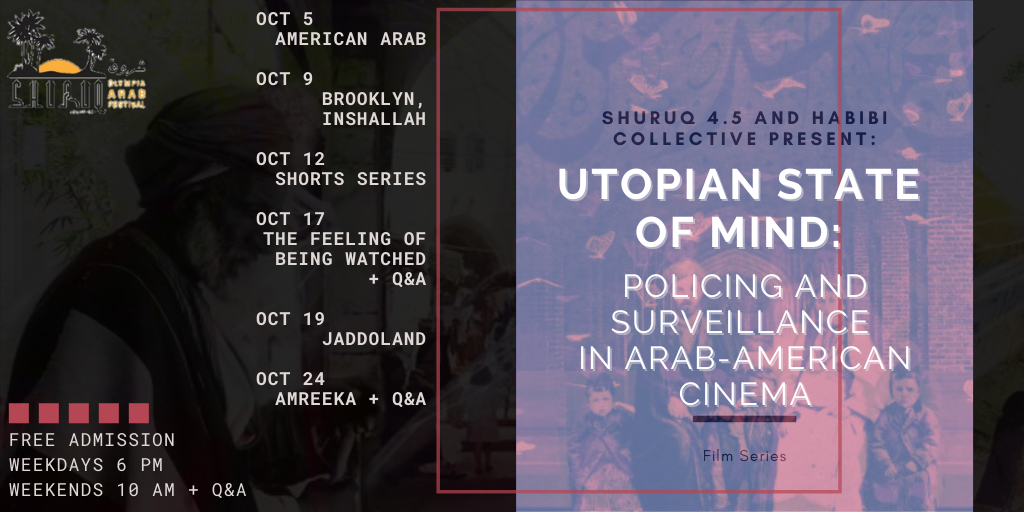 Join us for these three fabulous films:

Madina IA – T​wo Arab immigrant sisters navigate the cold and violent land of a ghost town in the American Midwest. The absurdity of their surroundings mixed with their previous life begins to loom over their relationship, threatening the only comfort they have: each other.

Like Salt – While boxing and jazz rely on improvisation, they both have a deep sense of resilience. Hala, an Arab American female boxer in New York City, and Kendrick, an African American jazz musician, improvise their way through a passive aggressive America. She’s Miles Davis in boxing gloves and he’s Muhammad Ali refusing to live a lie.

Planet of the Arabs – ​Planet of the Arabs​ is an experimental short on Hollywood’s negative depiction of Arabs and Muslims through the decades. Inspired by Dr. Jack Shaheen’s book “Reel Bad Arabs”, Planet was an official selection at the 2005 Sundance Film Festival and continues to screen at art exhibits and used in classrooms as an educational tool on stereotypes in the media.