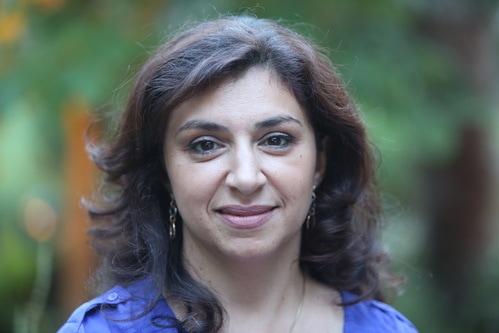 Lena Khalaf Tuffaha is an American writer of Palestinian, Syrian, and Jordanian heritage. She holds a BA in Comparative Literature from the University of Washington, and an MFA from Pacific Lutheran University. Her first book of poems, Water & Salt, was published by Red Hen Press. She is the winner of the 2016 Two Sylvias Prize for her chapbook Arab in Newsland. She writes poetry, essays and literary translations, and her poems have been translated into Arabic, Greek, Hebrew, Italian, Norwegian, and Spanish. She has been published in International and American journals, including Kenyon Review Online, diode, Al-Ahram Weekly, Barrow Street, Hermeneutic Chaos, Black Warrior Review, Alaska Quarterly Review, Massachusetts Review, and Winter Tangerine. Her poems have been nominated for the Pushcart Prize and Best of the Net, and anthologized in books including Letters to Palestine, and the forthcoming Halal If You Hear Me and Bettering American Poetry, Vol.2. Lena is a Hedgebrook alum and a proud member of RAWI (Radius of Arab American Writers).

In Case of Emergency
This is how you open the box
when I am no longer here.
One of these might be the combination:
1975
The year you were born
1967
The year we lost the rest of our country
1936
The year your grandmother swallowed her gold coins
to hide them from the soldiers
This is how you keep yourself
safe, keep parts
of yourself in different boxes
Trust no one
with everything
1949
The year my father died
1977
The year the checkpoint taught you
the difference between your name and your passport
1999
The year the last of our olives were uprooted
and the wall obscured Jerusalem
This is how you know it will end:
At night the windows of the city become mirrors,
a key recalls the shape of its doorway,
the stones of this earth nestle in young hands.