CAT knows and CAT has a choice!

BACKGROUND – CAT KNOWS AND CAT HAS A CHOICE!

In 2012, MSCI, a leading provider of socially responsible investing indices, dropped Caterpillar, Inc. from three of its indexes that track socially responsible investments.  At the time, Caterpillar spokesman, Jim Dugan feebly tried to distance the company from its equipment used by the Israeli military to demolish Palestinian homes, to support construction of the apartheid wall and settlements, in military incursions, and as weapons.  In an article by Blake Sobczak in the Huffington Post and Bloomberg BusinessWeek News, Dugan tried to conceal his company’s complicity saying CAT sells to the U.S. Government which then re-sells the equipment to Israel through Foreign Military Sales.   <Article: 2012.6.27 Huffington Post>

Dugan failed to note an amicus brief filed by the U.S Government in the case Corrie vs Caterpillar in which the government states, “The United States made a foreign policy decision to extend FMF aid to Israel and to encourage equipment manufacturers like Caterpillar to sell its goods to foreign states receiving such FMF funds…the threat of suits against those suppliers based upon the purchasing country’s use of that equipment would pose a significant disincentive to suppliers’ participation in FMF sales.  This would undoubtedly deter future suppliers from making sales to foreign governments that the political branches have determined our nation should support in that fashion.” <http://ccrjustice.org/files/us_amicus_brief-AS-FILED.pdf>

Clearly, the U.S. Government does not coerce or require CAT to sell equipment through  Foreign Military Sales to Israel.  CAT has a choice!  The company knows this equipment is used to commit human rights violations – and with disregard for stated U.S. foreign policy objectives.  CAT knows!  And CAT chooses to profit from crimes against the Palestinian people.

Caterpillar’s Jim Dugan stated, “We hope and wish for a peaceful resolution to the unrest in the Middle East, but that solution is a political matter to be worked out by the appropriate parties.  Caterpillar does not and should not have a role in that political process.”  If CAT and Mr. Dugan believe this, then why is Caterpillar’s long-time Washington Director for Government Affairs, William C. Lane,  speaking on “Foreign Aid: The Vital Role of U.S. Assistance,” March 4th at the American Israel Public Affair Committee (AIPAC) Policy Conference 2013? <Article 2013.2.26 Mondoweiss>

Mr. Dugan implied that CAT has no role in the altering of its equipment for Israel’s military purposes, yet at their website, CAT boasts that it…

“…has the expertise to modify CAT equipment to meet the needs of military customers.”

“…has the experience to help you with all of your military power needs.”

Who Profits, a research project of the Israeli group Coalition of Women for Peace,  reports that CAT’s representative in Israel, Zoko Enterprises, retrofits CAT equipment and provides ongoing maintenance, including during military operations. 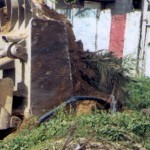 Saturday, March 16th, we have plans for a Stand for Justice Rally, speakers, music, dance, food, reflection, remembrance, and community!

Tell President Obama to see for himself 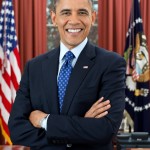 By March 16th, make one call or send one email to the White House! 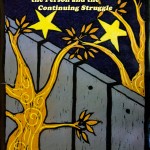 Build your community for making change in Palestine, Israel, and the US with one of these ideas – or your own!